Feng Shui Used by 86% of Chinese-American Buyers
Better Homes and Gardens Real Estate and AREAA Survey Finds Feng Shui Plays Role in Home Selection for 86% of Chinese-Americans; 79% Willing to Invest More for Homes that Apply Feng Shui Principles
Better Homes and Gardens® Real Estate and the Asian Real Estate Association of America (AREAA) today released findings from a national survey of Chinese-Americans that reveal the impact of the ancient design philosophy, Feng Shui, on this population’s home buying mindset and preferences. While Chinese aesthetic and cultural traditions have long fascinated the Western world, this study sheds light on its influence in the U.S., as Chinese-Americans and international Chinese buyers represent an increasingly powerful force in the nation’s housing market. 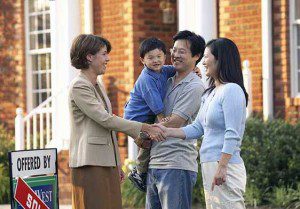 The majority (76%) of Chinese-Americans surveyed are familiar with the principles of Feng Shui, which are considered to dictate spatial arrangement and building design to produce a harmonious flow of energy. Furthermore, over half of those who are familiar follow the practice in their daily lives. The prevalence of this unique art extends to home buying; 81 percent of those Chinese-Americans surveyed who are also homeowners indicated that Feng Shui factored into their most recent home purchase. This segment of the population is particular about adhering to Feng Shui in the home and they’re also discerning about the real estate professionals they work with during the process. More than a third (36%) would avoid an agent if they had no knowledge of Feng Shui principles.

“It’s critical for real estate professionals to understand all consumer drivers within the home search,” said Sherry Chris, president and CEO, Better Homes and Gardens Real Estate LLC. “For this population, Feng Shui applications are as essential as other traditional characteristics of a home.”

A staggering 86 percent of all respondents stated Feng Shui will play a role in a future home buying decision and 79 percent are willing to invest more for a home that incorporates its principles. As such, Feng Shui often carries a large premium, with respondents willing to pay an average of 16 percent more. On the flip side, for sellers, incorporating Feng Shui into the foundation of a home may also affect its future on the market, as 90 percent of Chinese-Americans believe implementing its principles increases a home’s resale value. 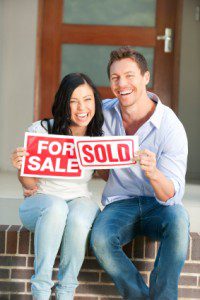 “As the Asian American community’s influence in the real estate market continues to grow, Feng Shui principles are gaining much needed attention and have already influenced real estate developers and interior designers alike,” said Carmen Chong, 2015 AREAA National Chairwoman. “This research proves there is a significant financial incentive for investors and sellers to consider the application of Feng Shui in their properties. For an agent, understanding these principles can dramatically improve the opportunity for success within the Chinese-American market. We are thankful to have worked with Better Homes and Gardens Real Estate in producing this new research, and look forward to raising needed awareness about the importance of Feng Shui in a living environment.” 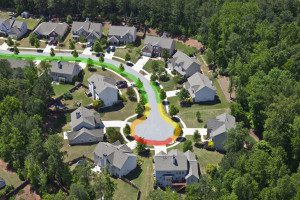 While any home on a cul-de-sac is bad Feng Shui, the homes in the red area get the fastest moving negative Chi.

There are many elements of Feng Shui that range from design to the location of the home. When undergoing the home buying process, 75 percent of surveyed Chinese-Americans indicated they had at least one deal-breaker that goes against Feng Shui principles that would prevent them from purchasing a home. These include: the home being located at the end of a dead end street (31%), the home’s back stairs directly facing the front door (29%), the home having a sloped backyard (29%) and the home’s front and back doors being aligned with each other (24%).

Accordingly, when asked to rank the Feng Shui principles most important in a home buying decision, 71 percent of Chinese-Americans indicated the cardinal direction the home is facing in their top three choices, followed by the location of the home on the street and the location of the stairs.

A Family Tradition: Many Feng Shui principles that still hold close to home today have been passed down through generations. Nearly half of Chinese-American respondents (49%) are more likely than their parents to take Feng Shui into account when deciding on a home, including 69 percent of those who practice Feng Shui. That said, 85 percent would bring along a family member other than a significant other when house shopping.

Home is Where There’s Feng Shui: A home’s amenities and the surrounding neighborhood are important when looking to buy, but as findings show, many prioritize Feng Shui. In fact, 41 percent of Chinese-Americans think it is important when looking for a home. Two-thirds of those who practice Feng Shui (66%) feel the same – making it the second most important consideration among that group, only behind neighborhood safety.

Elements of Design: 87 percent of Chinese-Americans have essential Feng Shui elements they desire for their kitchen, including it being organized and free of clutter (64%), its colors complementing each other (32%) and the kitchen stove not being directly below the master bedroom (29%). 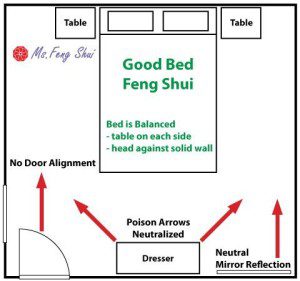 The careful arrangement of space and design continues in the bedroom, where 72 percent of Chinese-Americans have essential elements incorporated. These include avoiding the bed directly facing the door (41%), mirrors being placed away from the bed (34%) and the ceiling having a consistent height with no slopes (25%).

62 percent of survey respondents apply spatial fundamentals to the design of their bathroom. These include the bathroom being located away from the home’s center (28%), the toilet being located in a separate space (24%) and having a full-length mirror (23%).

Take a listen to a recent NPR story where one of clients saying that adding Feng Shui to her home helped her close on a deal with a Chinese couple worth almost $100,000 more than her previous best offer.